Perfect Timing: Fear and Remembrance in Doctor Who

[Warning: contains spoilers for those who have not yet seen the whole of Doctor Who season 8] 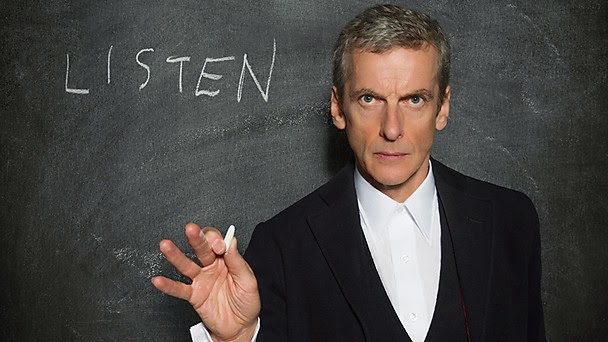 As you'd expect from a Doctor Who showrunner, Steven Moffatt has control over space-time. At least, over the timing of his carefully-spaced storylines.

Half way through Season 8, he chose the week of the Scottish referendum vote to unleash an episode which was in every sense exactly what audiences in Scotland - and ultimately, everywhere - needed to hear.

Because it was in the government's interests to preserve the status quo, in the run-up to the September vote people in Scotland and elsewhere had been deliberately manipulated to be afraid of the future, of change, of the unknown.  As its nickname suggested, the campaign for a No-vote had pointedly played on atavistic fears - of losing livelihoods, pensions, security - counselling retrenchment and withdrawal over courage and creativity.

Now, Moffatt is from Glasgow, but his opinions on the Scottish independence movement are his own. I don't know whether or not he embraced the beliefs of the Yes Alliance, but I'm pretty sure his work failed to endorse the tenets of 'Project Fear' that week. 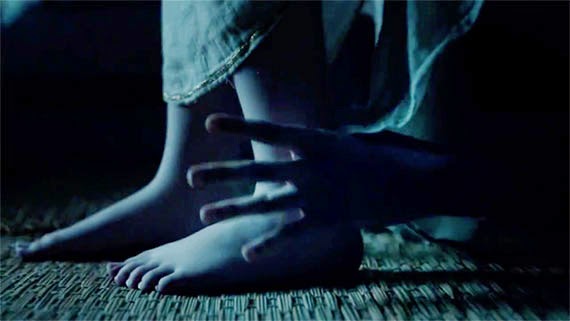 Instead, he gave us 'Listen' - a dramatic and moving meditation on night terrors, bad dreams, childhood memories, adult ambitions and bogeymen under the bed. We learned why boys become soldiers.  We found out that not everything which happens or appears is meant to be explained away.  In the end, we even got to meet a version of the Doctor himself, small and scared and untried, cowering and weeping in his bedroom, utterly alone and afraid of the dark. And by means of one of the timey-wimey twists that make the Doctor's life and Moffatt's scripts so deliciously complicated, his future friend and companion was able to tell him:

"I know you’re afraid, but being afraid is all right. Because didn’t anybody ever tell you? Fear is a superpower. Fear can make you faster and cleverer and stronger.... so listen. If you listen to nothing else, listen to this. You’re always going to be afraid even if you learn to hide it. Fear is like a companion, a constant companion, always there. But that’s OK, because fear can bring us together. Fear can bring you home."

This week's season finale 'Death in Heaven' was scheduled to go out on the eve of Remembrance Sunday. So it hardly seems accidental that Moffatt's story arc should culminate with a long, hard look at the role and the purpose of soldiers, armies and wars. 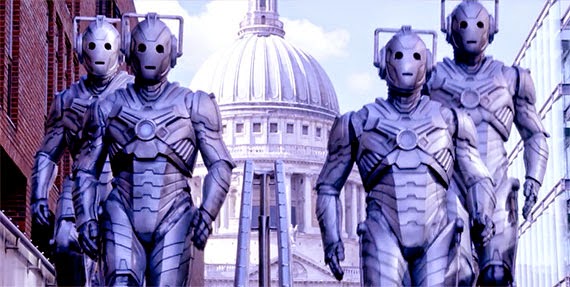 To cut a season's story short, we'd arrived at the traditional climax for all superhero adventures.  The evil genius (in this case the Doctor's nemesis the Master, cunningly transgendered as Missy) was ready for the final showdown.  Good versus evil, personified as an army of Cybermen ready to assimilate the world through reanimating - and weaponising - the dead.

The mythic resonances were many.  Dem bones, dem bones, dem dry bones, clawing their way out of their graves in Gothic grandeur, an armour-suited, cyber-enabled Judgement Day on humanity. It wasn't so much Frankenstein's monster as a nightmare upgrade for amnesiac corpses, clanking around their graveyards awaiting the call to arms. For someone - anyone - to tell them what to do.  As Missy lost no time in pointing out, the dead outnumber the living.  The weight of history was set to come crashing down on our heads. 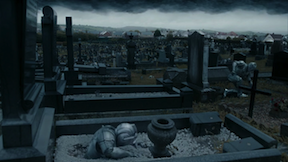 It was a nightmare very much of our times - the appropriation of the fallen by the heartless, by those without compassion, those intent on genocide.  We saw it in the 1920s and 30s in the Nazi appeal to Teutonic myth and legend, to the wounded pride of a defeated nation.  We see it now, in the cynical attempts of fascist organisations like 'Britain First' to use social media to appropriate the war dead, brand patriotism and politicise grief. We see it even in the social pressure to wear a poppy in public, with those who choose otherwise vilified and condemned in a mockery of the freedom soldiers have fought to protect. And which many of us seem to have forgotten. 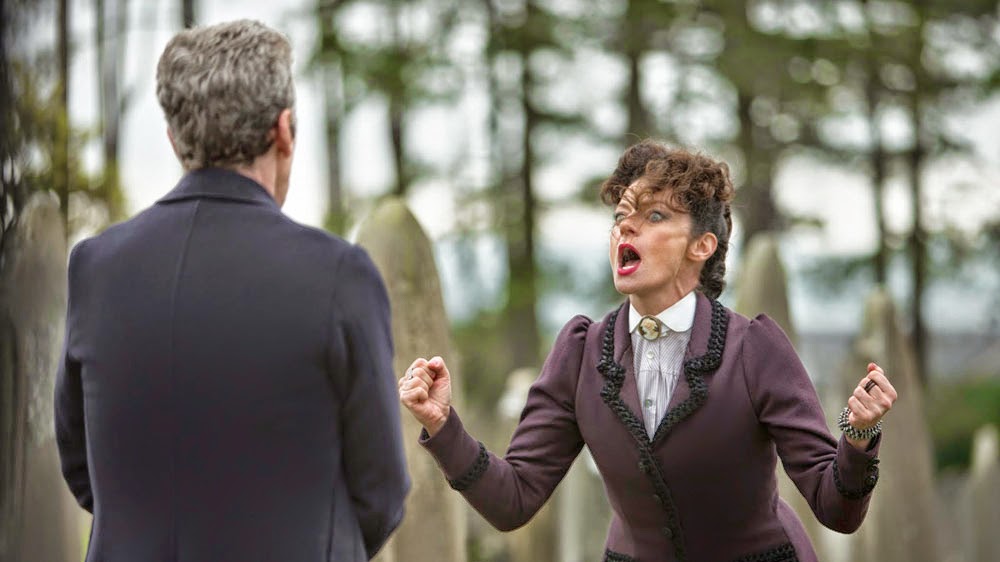 But in the end, in stories as in life, all such evil geniuses must be foiled by an act of heroism. The human magic in Moffatt's drama was not contained in some grand international effort, some epic military action.  There was no cavalry to ride in and save the day, no big red button to push. No deus ex machina. In a nod to classic Who adventures, the military might of UNIT was invoked, and they optimistically put the Doctor in charge. But all attempts at that sort of thing failed, and failed badly.

"I am not a good man. And I'm not a bad man. I am not a hero. I'm definitely not a president and no, I'm not an officer. You know what I am? I am an idiot! With a box and a screwdriver, passing through, helping out, learning. I don't need an army."

Instead the magic came from the sacrifice of one man, a dead soldier from the rank and file who awoke inside his suit of armour and wouldn't obey orders. His defiance came not from political will or the desire for conquest or revenge but from a memory of unconditional love, which infected the hive mind of the army of the dead and altered their purpose. Because Danny remembered he had loved Clara, the human race would be safe.  And because UNIT's late lamented Brigadier remembered he had loved his daughter, the Doctor finally turned and saluted his aluminium-clad remains. 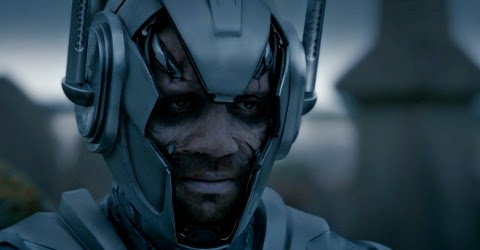 "We are the fallen and today we shall rise.  The army of the dead shall save the land of the living. This is not the order of a general, nor the whim of a lunatic.  This is a promise! The promise of a soldier! You will sleep safe tonight."

It was a powerful end to a story which placed its faith not in the reasons for war, but in the selflessness of love. It reclaimed remembrance not as a red badge of allegiance or a statement of patriotic belief, but as a simple human virtue. Because we loved, we will remember them. And this week of all weeks, it was perfect timing.