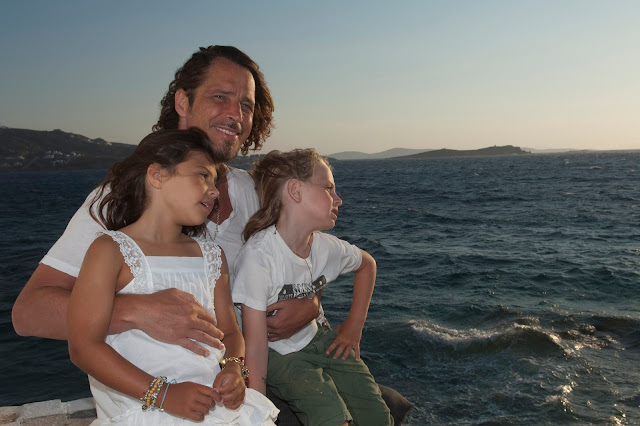 It’s been over two months since Chris Cornell died.  Today would have been his 53rd birthday. Shock affects people in different ways, but for me, the days and weeks following his death went by in a blur. Helping to organise his funeral gave way to listening to his elegies.  So many of his friends, family and colleagues spoke or wrote beautiful things in his memory, but I couldn’t seem to do the same.  In Hollywood, Jacaranda blossoms were blooming across a summer he’d never see.  The night after his funeral, I sat on the hill outside Griffith Observatory and watched the shadows lengthen.  And I couldn’t think of a thing to say.

I’ve been told that just as physical injury can trigger a natural anaesthetic which protects the victim, the sudden death of a loved one can produce a numbness of the mind and heart which only gradually gives way to anger and grief.  I think that’s what happened to me.

Still, it’s pretty pathetic when a writer runs out of words.

Lately, there have been signs that my heart is coming out of hibernation.  I’ve been getting angry. With myself.  With people who write stupid things on the internet.   Even with Chris, who left all of us high and dry without the chance to offer help, to understand, even to say goodbye.   I’m told that anger is a normal part of grief; that it helps with the healing process and eventually gives way to acceptance.   But I’m still a long way, a very long way, from that.

So I’ve been trying to remember all the good things.

Like the day in 2007 I first met Chris, backstage at the Astoria in London.  For such a tall man he had a way of moving silently, almost stealthily, and I was still setting up to record my interview when Chris walked over to the room’s single window and with his back to me, said “Have I been here before?”

He never cared much for hellos and goodbyes, the routine enquiries after health or wellbeing with which most people bookend their conversations.  Choosing to take him literally rather than metaphorically, I reminded him of the last time he’d played the venue; with Audioslave, four years before, fresh out of rehab.  He laughed as I fumbled with my recorder and sent its batteries skittering across the floor. Then he distributed himself over three rickety chairs and talked for an hour, not just about music but about physics and history and psychology and politics.  They’ve knocked the Astoria down now, but whatever they do with the space where it stood, it’ll always be a haunted place for me.

That interview, and the one which followed back home in Scotland, eventually led to Chris hiring me.  For the next decade, I wrote PR, did research, kept archives, proofread everything, became part of the management team, helped his family, and looked after social media for him and for his bands and projects.  One of the greatest things about the internet is that for those of us dealing in art and ideas, it enables almost anyone to work from almost anywhere. Which is exactly what I did.

Visiting Chris and Vicky for the first time in Paris, I remember the exact moment when a small blond figure in a nappy appeared in the sitting room doorway and fixed me with a basilisk stare just like his father’s.  Then Chris appeared, crouched beside him and picked up a ball which he rolled slowly towards me as he told his son my name.   I’m not sure that Dad quite allayed the little boy’s natural suspicion of this strange lady, but it was a nice way to make his, and his big sister’s acquaintance.

Chris loved his family profoundly. Whatever he was doing, whatever else was in his mind, he was always a devoted husband and father, as he was always an appreciative friend. Despite his rock star cool, he had a natural gentility which seemed to come from a different age.   It’s the little things, really.  Stopping to help his wife who was making slow progress in heels down an elderly staircase at the Shepherd’s Bush Empire, and then opening the door to let me step into the wings ahead of him.  Walking with him through the centre of the crowd at Hyde Park after Soundgarden’s wonderful ‘Superunknown20’ show to watch Black Sabbath from the VIP viewing platform, a child on his shoulders like a hundred other dads down on the grass below on that summer evening. 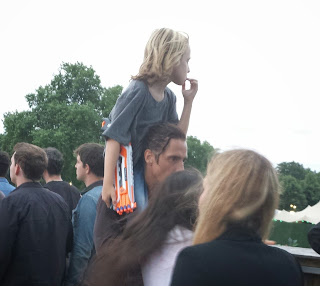 I remember him phoning to cheer me up when the response to his album “Scream” wasn’t all we’d hoped.  Carefully spelling out my 12 year old son’s Gaelic name in the cover of a children’s book he was autographing for him, anxious not to get it wrong;  then ten years later, writing to congratulate that same son on getting his degree.  Doing everything he could to help friends or fans through bereavement, or to send little presents or organise special backstage meetings for those who were sick or disabled.  I remember his abundant kindness, his keen intelligence, his all-encompassing warmth for those he trusted and his disdain for those he did not.  I remember how little he cared for status, or power, or riches, and how much he cared for talent and loyalty.

On Twitter, which for a while he embraced with all the delight of a kid with a new toy, he could be as surreal as Spike Milligan.  He always saw the scope for comic confusion in language -  once, he asked me about the Highland Clearances, and then confessed that he’d never been able to shake the mental connection with department store clearance sales.

He was a brilliant mimic, copying or creating characters at will. He once called me and adopted the persona of an extravagantly gay and terminally confused international telephone operator - if he hadn’t dropped the pretence I don’t think I’d ever have got the joke.  During a discussion of British gangster films while we were driving to a show in New Jersey, he suddenly became Ben Kingsley's foulmouthed cockney psychopath Don Logan from Jonathan Glazer's ‘Sexy Beast’.  The language wasn’t a big stretch – Chris swore like a sailor – but all the insane black humour of the character was there in a flash ("Yes Grosvenor! Yes Roundtree! Yes! Yes! Yes! Yes!") before he lapsed back into his usual conversational calm.  He had many actor friends, but always insisted he’d never try it himself. Perhaps he should have done.


Because of the physical distance, I didn’t know Chris as well or see him as often as some.   But what I remember most of all is the way he’d pick up exactly where we had left off, weeks, months or even years before. As he had at that very first meeting, he would just start talking: no greetings, no awkwardness, no catching up, whether it was a chat about our respective children, a dive into his musical seascape or a discussion of psychogeographic geometry (Chris felt north/south or east/west divides were artificial, and the real divisions in the world were diagonal).  He rarely felt very far away.  As he wrote to his friend Eric Esrailian, “we are neighbours in a modern world where proximity is relative and the threshold to our hearts moves outside time and space”.

Chris knew all about darkness.  It suffused his work and was part of the ocean he swam in as an artist. But darkness is not always destructive. It's just the other side of light, and that nocturnal imaginative world was part of his nature. It would never have taken him away from the people and the music he loved. The alien darkness around him that night in Detroit was chemical. Drugs change brain chemistry, and I think that in the benzodiazepine delirium that engulfed him, Chris became not-Chris. And he was lost, to himself, his family, and to the world.

This isn't the place to talk about the evils of prescription drug culture in America. And I don’t think Chris would want us to sit by the side of the road and cry.  He'd want us to push on with our lives and make him proud. But I do know that the world is the poorer now that he can’t construct a future for himself, for his songs, for the wife and children he adored, and for all of us.

[Postscript: the other day I came across an old song I wrote with my husband, The Size Of Dreaming. The inspiration had a lot to do with Shakespeare's Antony & Cleopatra, and a little to do with the sound of Chris Cornell. We wrote and recorded it twelve years ago, but it feels strangely appropriate now. You can listen to it and read the lyrics here.]
Posted by clarefromscotland at 07:48