The Nature Of Art: Lynn Bennett-Mackenzie at the Sawyer Gallery, Poolewe 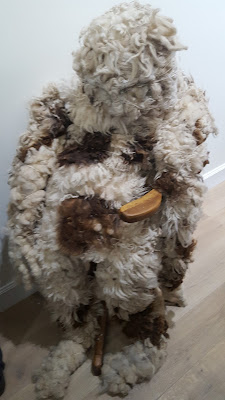 Lynn Bennett Mackenzie's solo exhibition at Inverewe Garden & Estate's new Sawyer Gallery in Poolewe, Wester Ross opened last night. The theme - Art In Nature, or The Nature Of Art - was a powerful one, well-suited to a small gallery in the midst of a rural landscape. It would probably have been easy for Lynn to present something innocuously pastoral, but she's a much better artist than that.

So like the natural world which inspired it, the works were both raw and subtle, often combining both qualities within a single piece.  A piece of driftwood hid waxen pearls which could have been eggs but suggested teeth, as though some unnamed baby animal with a savage need to chew and tear had left them embedded in the wood.   Birth and flight were everywhere through the repeated motifs of eggs and feathers, but always with the threat of violence and destruction hovering in the wings. 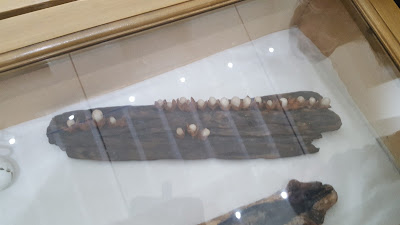 Also evoked was the sense of idea of watching and being watched. A pair of wooden eyes stared out of a museum display case like a found tribal artefact; the quiet gaze of still painted faces ringed the room.  Most powerful of all was a sculptural figure made entirely of sheep's wool which sat like a sentry at the room's focal point. Both serene and strangely threatening, he seemed to encapsulate the equivocal nature of the art on show, and the landscape from which it was drawn.