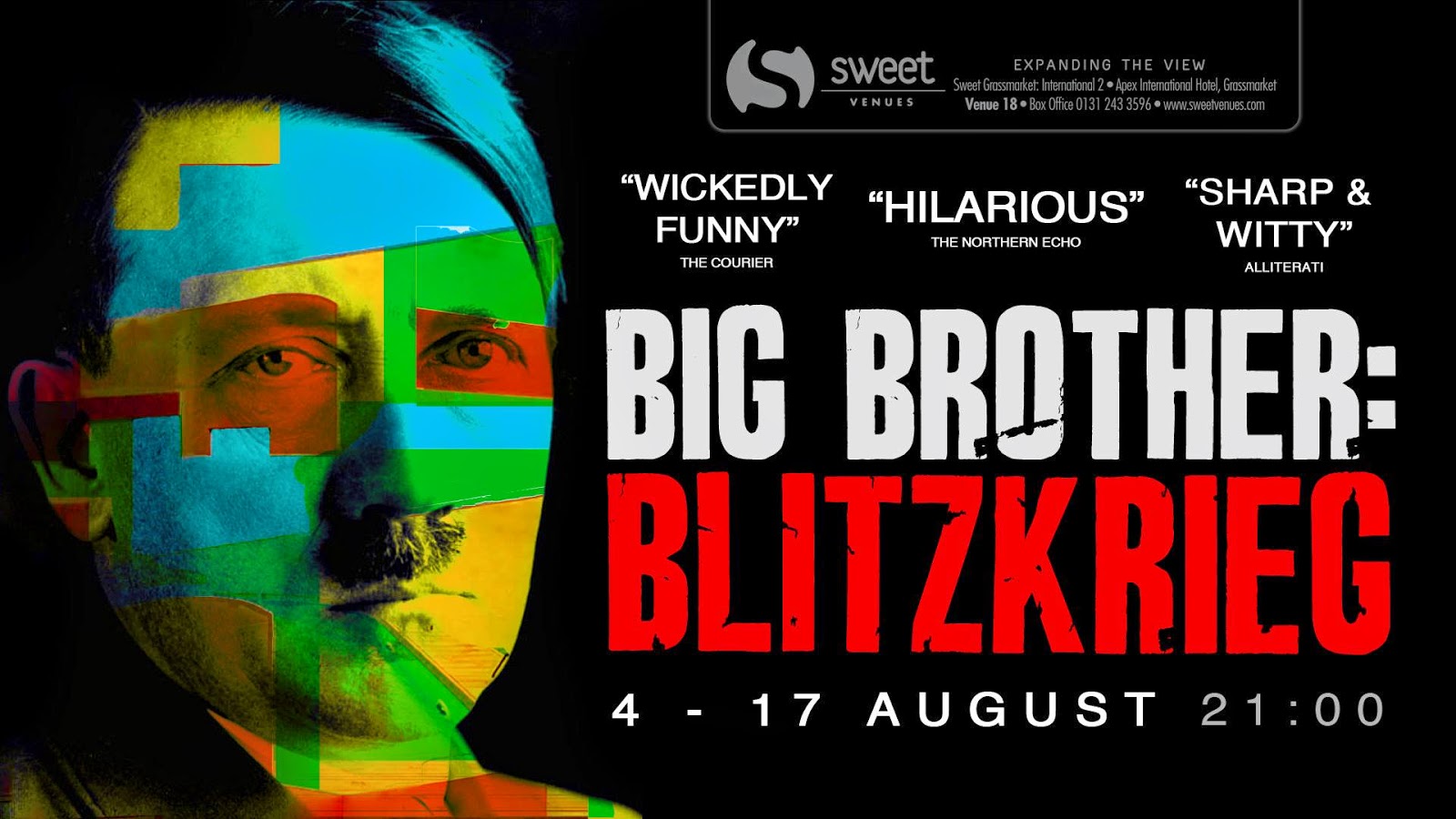 Locked inside an alternative-universe Big Brother house where no-one recognises a swastika when they see one, five housemates gradually fall under the spell of the sixth – an oleaginous but thoroughly sinister cartoon Hitler, played with darkly humorous aplomb by Christian Cargill.

Appealing to the vanity of each and playing on their weaknesses and shifting alliances, he uses each to get a little closer to his ultimate aim. Loudmouthed chav Rachel is swiftly evicted, but her boyfriend, strutting Mancunian rapper M-Cat, is given just enough power and influence to survive as long as he can be useful.  Adolf quickly uncovers and exploits the emotional vulnerability of failed entrepreneur Clive and beribboned alt-rock princess Camilla, but recognises a kindred spirit in the control freakery of WI stalwart Maude.

Hilarious and disturbing by turns, the writing is tight, the performances on point and the climax genuinely chilling.