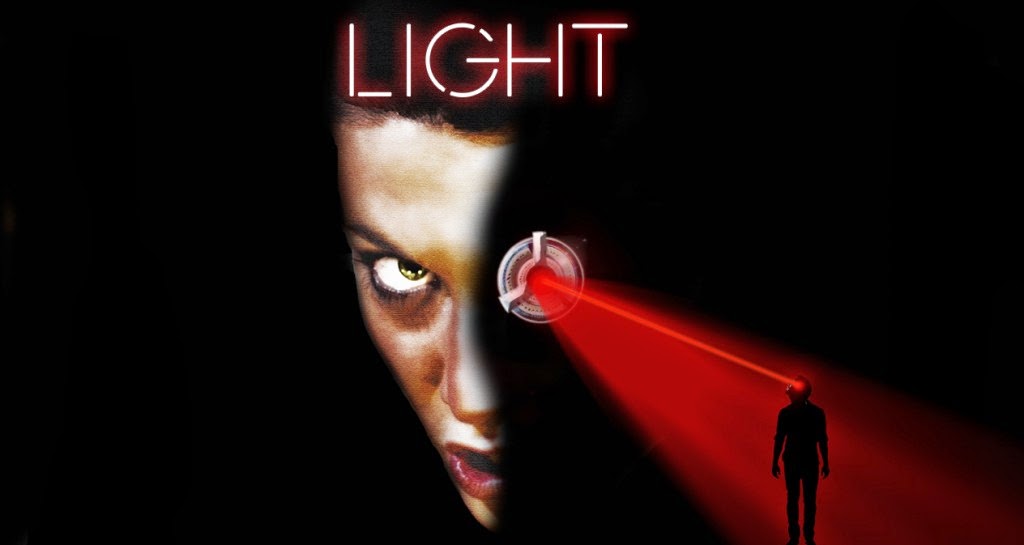 Some of the abundant opportunities for street theatre around Edinburgh during the Fringe are wholly unintentional, and the best place to experience it is in the queues.  Outside Pleasance Dome where Theatre Ad Infinitum are about to perform Light, we’re forced to listen to a booming preview from an unshaven fat man sporting a blue lycra top and denim shorts.   He believes the show’s nothing more than superficial spectacle designed to appeal to kids and clubbers.  It’s an interesting counterpoint to the shows’s upfront publicity -  “a dystopian future inspired by Edward Snowden’s surveillance revelations”, although we’re left wondering why lycra man has wasted his money on something of which he plainly has such low expectations.

The performance takes place in pitch dark: we’re told to turn off our phones and raise our hands if we need to be conducted to an exit.  What follows is total immersion in a world of wordless light and shadow, accompanied by a brutal industrial soundscape punctuated by contrasting Beethoven symphonics.  The story’s a simple one; in a future where government has woken up to the power of digital devices as an instrument of control, we are all compelled to be “connected” to the web via implants in our brains, with severe penalties for illegal disconnection. It’s not an original idea; it has much in common with 1984 or Brave New World, and anyone who’s ever seen Star Trek is immediately reminded of the Borg hive mind where individuality is irrelevant and resistance is futile.

But the point of ‘Light’ is not its script or its storyline; it’s all in the delivery. This London-based company aims to make drama for multi-cultural audiences that transcends language barriers, harnessing “the universal language of the body”. Intensely physical, the work is halfway between modern dance and a silent movie.  There is no dialogue; instead, any words we need to see are are flashed up in bright letters on a screen at the back of the stage .  There is no scenery either; the actors mime their emotions, twisting and writhing amid dramatic lighting effects and electronic props which create a sinister, hallucinogenic world of terror and control. 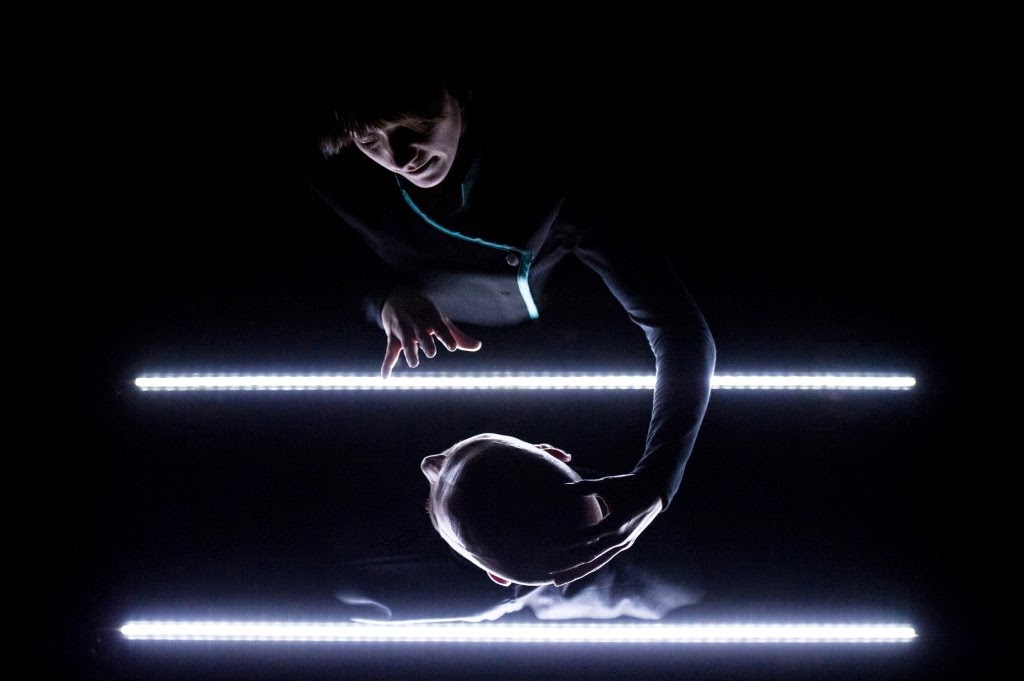 As in ballet, the timing of the performers has to be spot on; there is nothing for them to react to but the lighting cues and the music.   This might not have been the most subtle storytelling, but I found ‘Light’ one of the most disturbing performances of the Festival with much to say about the increasingly sinister way we’re living our lives through light and black mirrors.  Hours later, I still couldn’t shake a genuine urge to stamp on my smartphone.
Posted by clarefromscotland at 05:00