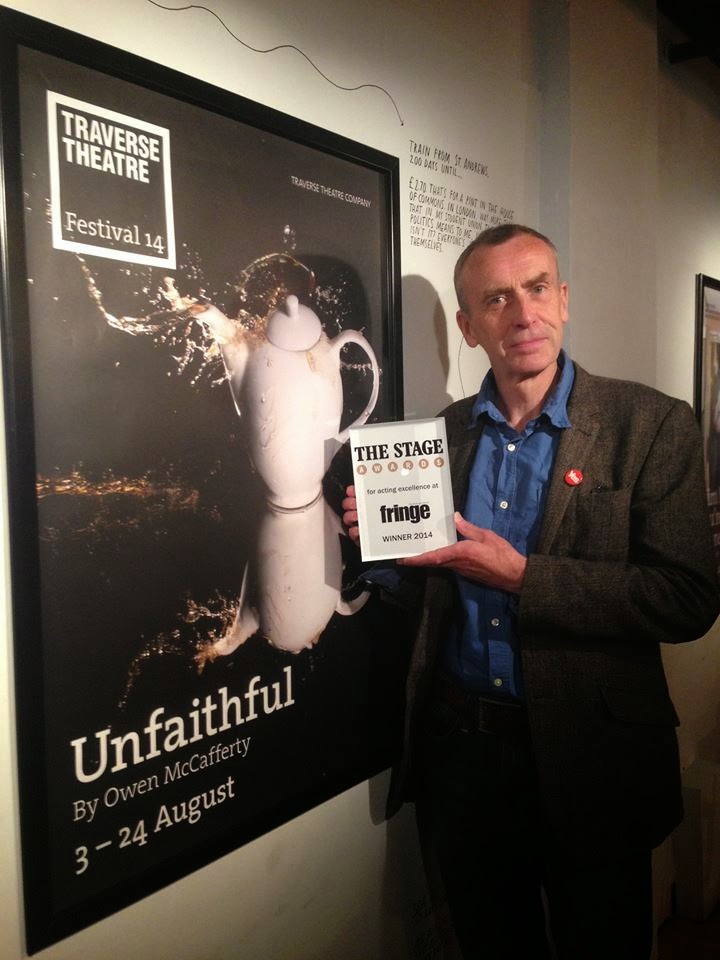 Owen McCafferty’s Unfaithful is having its world premiere at the Fringe this year.  It tells the tale of two couples; one middle-aged, one young, all four struggling to find value in the lives they’ve chosen.

Weary fifty-something plumber Tom meets loudmouthed seductress Tara in a bar after work while his bored wife Joan cooks dinner at home. Will he succumb?


Neither Tara or Joan are quite what they seem on the surface, and male prostitute Peter (or is he a failed actor?) is set to make life difficult for them all.

It’s a complex dance – part bedroom farce, part tragedy of manners - and there are no easy answers to the problems of fidelity and loyalty in a world which gives no-one exactly what they want out of life.

It’s not the most riproaring night to be spent in a theatre, but the writing is good, the performances -– particularly that of Benny Young (pictured) as the taciturn but deeply conflicted Tom - are strong, and the hi-tech revolving set could easily be replaced by something simpler were this Traverse Theatre  production to tour – a bed, a table and some chairs is really all the action needs.